A nice day for a paddle

For the first time in a while, I dragged out the kayak and headed upstream to a part of the river I have not visited too frequently over the past four years. A small group of us hit the water at Merrawarp Rd in Ceres and headed upstream for a distance of about 5km. The first 2km was fairly plain sailing - well, paddling - and I have done it many times. 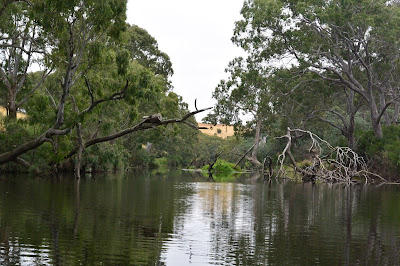 Thereafter things became a little more complicated, with a number of obstructions - mostly fallen trees - and a short section of rocky rapids which hardly warranted the name, but still required some portage on the way upstream.
A little unusually for this time of year, water levels were higher than on my previous visits, which made life significantly easier than in the past. As always, the birds were abundant and the weather was perfect for paddling; mild with no breeze to speak of in the early stages.
As I was with a group (and as it turned out, short of batteries), most of the photos were of the scenic landscape variety but nonetheless, provide a picture of a section of the Barwon not seen by most of us. 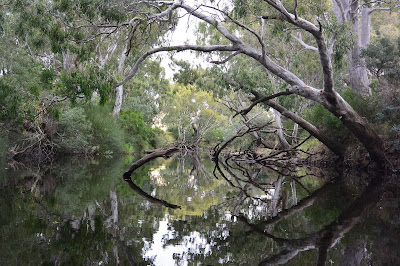 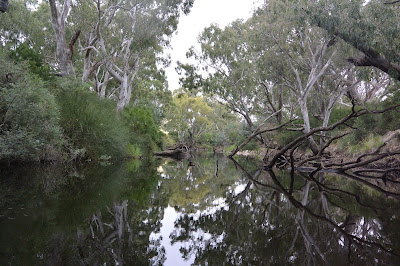 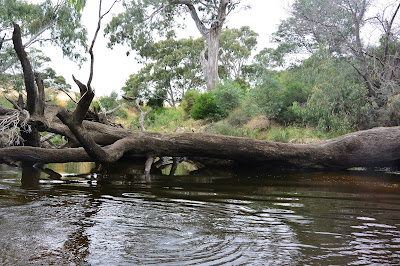 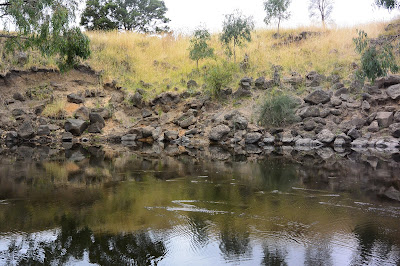 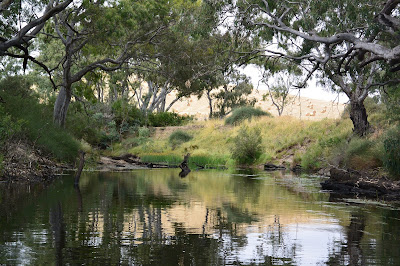 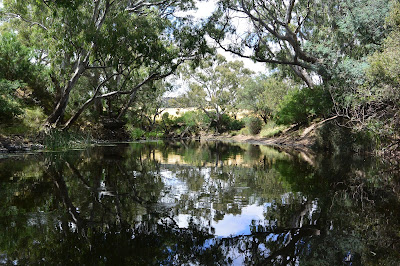 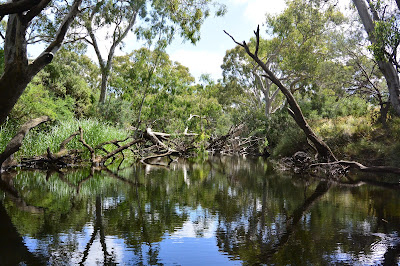 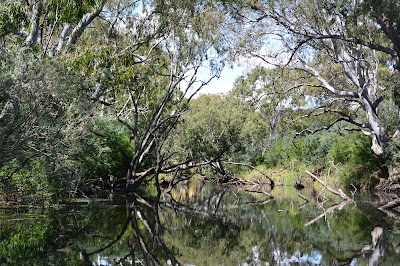