The power of art

Occasionally I come across a topic which is too good not to write about, but which has little or no connection to the Barwon River. I recently came across another such subject - or so I thought, however as often happens, I scratched the surface a little and lo and behold, a connection to the Barwon appeared before my eyes.
The subject in question is the decommissioned Geelong B Power Station, situated in North Geelong. The plant was officially opened on the 8th October, 1954 by the State Electricity Commission (SEC) to supply the grid with an extra 30,000 kilowatt capacity. In its day, it was the largest steam-driven power plant in the state outside of Yallourn. It was constructed under contract for the SEC from a package purchased from the USA and supplied electricity until its decommissioning in 1970. During its final few years of operation the plant operated only during periods of peak demand as the facilities in the Latrobe Valley were more economical to run.
From 1970 until recently, the building sat derelict. Stripped of its fittings and frequented by vandals and drug-users, the building appeared on Internet lists of abandoned buildings known as "abandos". Then, in late 2014 things began to change. The debris was cleaned up and under the auspices of Ian Ballis who now leases the site an astounding new art project began to emerge.﻿
﻿

With Ballis curating the venture, renowned street artist Rone was invited to leave his mark on the walls of the old power station whilst other well known artists such as Duke and Ed Bechervise (aka Unwell Bunny) are amongst several hundred to have contributed so far to the creation of this unique art space.
So quickly has word spread, that artists from as far afield as Korea, Japan, Poland and - if the accents I heard during one visit are anything to go by - France as well.

Nor is it just the big names who are painting here either. The walls boast the efforts of local artists of all ages. I saw one piece painted by a four year old girl and read that a 91 year old lady has also contributed.
﻿
And the artists too are reaping the benefits of the opportunity to be a part of the project with commissioned work arising from displays at the Powerhouse topping $250,000.
The artwork takes many forms, from the more traditional graffiti inspired styles
﻿ 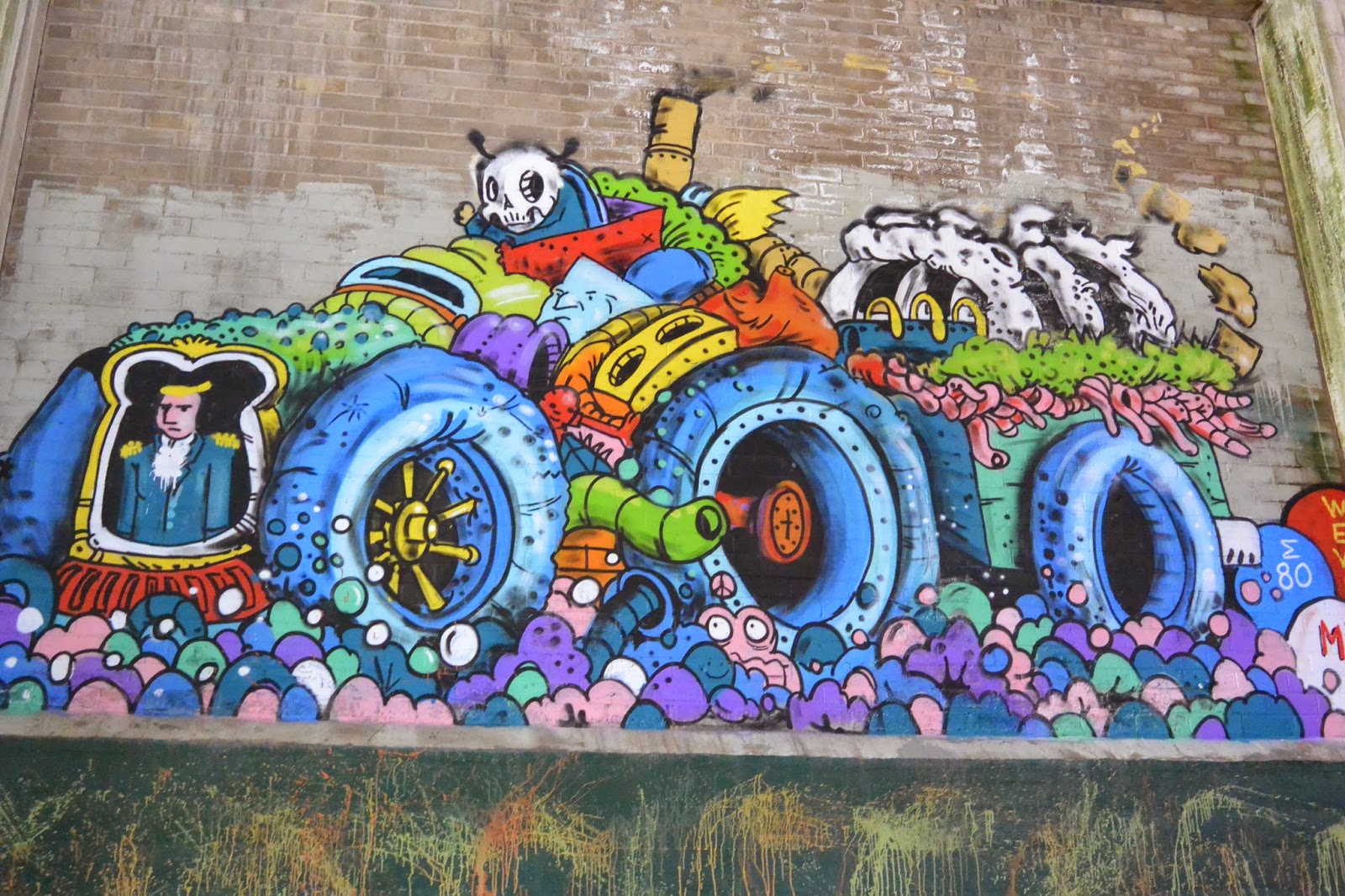 to some often quite vivid, realistic pieces such as those below.
﻿ 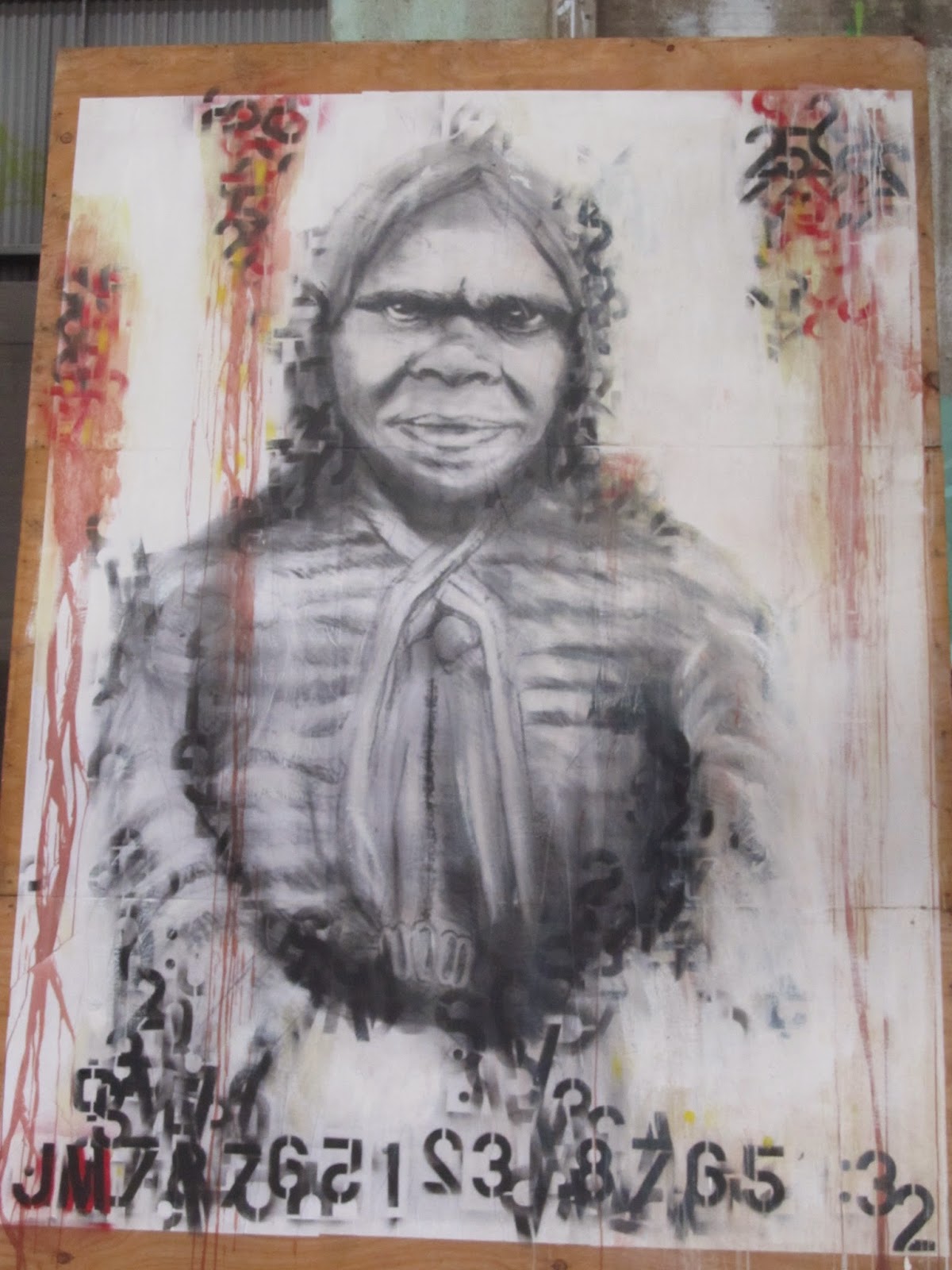 Some pieces aim to send a message﻿﻿ 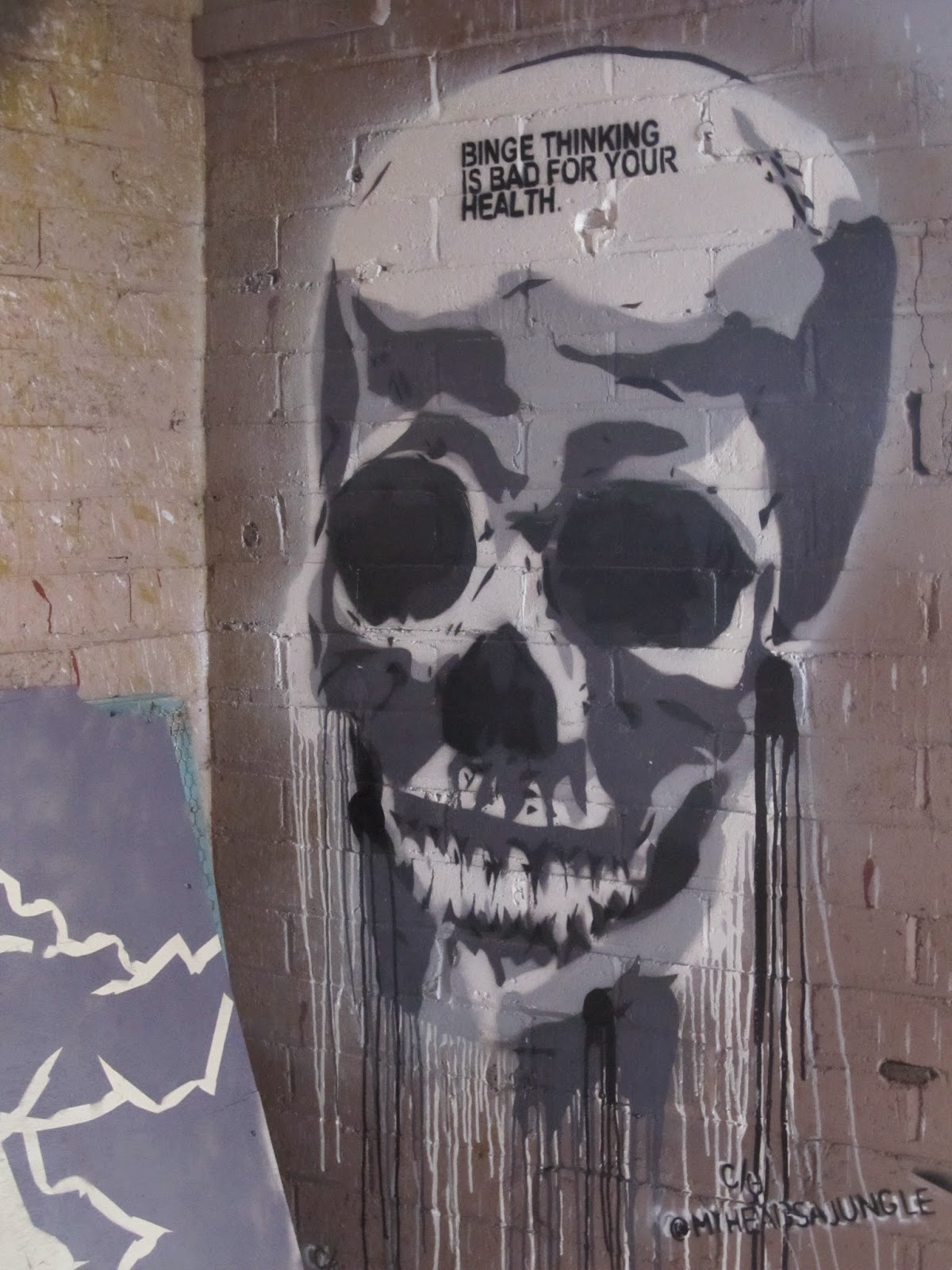 ﻿
whilst others take on a more fantasy-driven approach﻿﻿


Nor is all the art on the walls. In addition to the murals there are individual canvasses and other pieces such as a car, a caravan and a number of mannequins which are being treated in a variety of fashions.﻿﻿﻿﻿﻿

Some artists like to poke a little fun, or just make the most of an opportunity...
﻿
But the connection of all this to the Barwon? Well, whilst I'd like to say there was a large mural of the river, somewhere on a wall, at this stage there is not. The connection I discovered dated back to the days when the Powerhouse was Geelong Power Station B which ran on coal sourced from a local coalmine and yes, you guessed it, that coalmine known amongst other names as Wensley Brae, was located on Coalmine Creek - a tributary of the Barwon River.
But that is a story for another post...
﻿