Ducking down to Barwon Heads

Yesterday, I headed down to Barwon Heads for the culmination of the 6 day long Barwon Heads Festival  of the Sea - a showcase of local food, art, craft, environmental initiatives, music, native culture, street performances and of course the Barwon Heads Duck Race.
﻿ 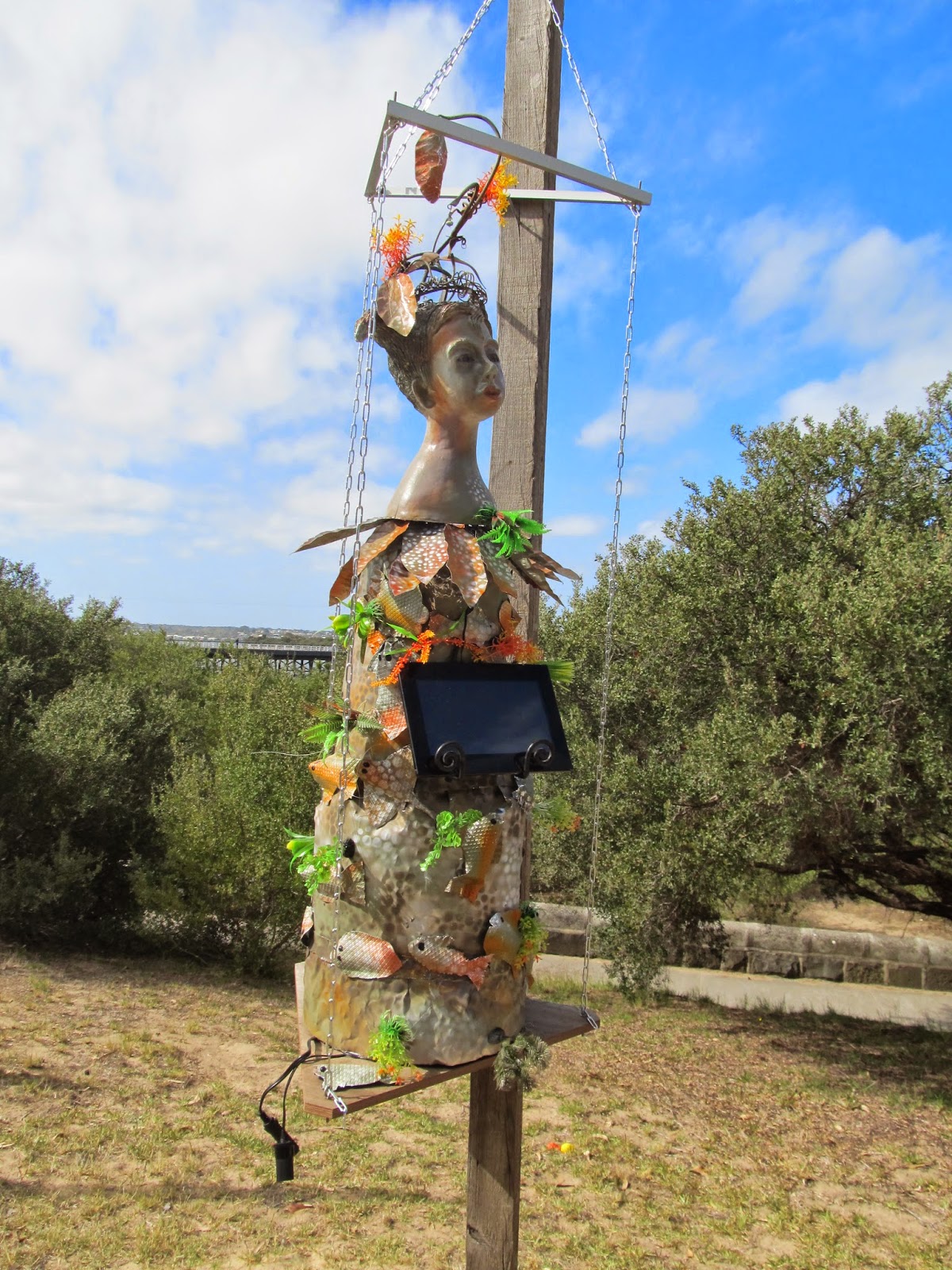 We arrived an hour or so before start time and wandered around the stalls and art displays, listening to the live music issuing from the nearby stage.
As race time neared, I took the plunge and invested $10 for the purpose of adopting a duck for the duration of the race. Mine was duck number 880 and seemed a relatively handsome example of the species.
With only minutes remaining before my duck was due at the start line (the top of the William Buckley foot bridge), there was no time for the pre-season training suggested in the list of terms and conditions, so my little yellow buddy (duck number 880) was whisked off to the marshalling area with several hundred other eager competitors.
While we waited, I grabbed a coffee and the boys had ice-creams - our contribution to supporting the local economy - and took up position with the crowds of eager spectators on the riverbank, a short distance up from the start line. There was just enough time to read the terms and conditions of the adoption agreement I had entered into, which made it clear that performance-enhancing modifications (genetic or otherwise) were prohibited, as was any form of duck mutilation such as painting or body piercing. An examination prior to the race start was mandatory and random drug-testing of competitors would - it was claimed - be undertaken.
The competitors were to be launched from the bridge in a random fashion to "swim" upriver on an incoming tide to the Ozone Jetty. The winner would be the first duck deemed to have reached the jetty in under 40 minutes, or failing that, the duck nearest to this point at that time. Any duck beached prior to the finish line would be re-entered into the race as per an AFL throw in.
And so we waited, however it didn't take long before, with a distinct  lack of fanfare and no sign of a starter's gun, there was a low rumble as several hundred little yellow ducks were launched (tipped out of a wheelie bin) into the Barwon River.﻿﻿
Race conditions were perfect for a course record, with the tide well and truly rising and a stiff tail wind propelling the competitors towards their goal. It soon became clear that the ducks were setting a cracking pace and there was a mass movement of spectators along the riverbank towards the jetty - myself included. One woman I passed declared confidently to a friend:
"See that duck out in front? That's mine!"
Hmmm...more likely it was duck number 880, I thought! As the field approached, I took up a prime position at the end of the jetty, ready to capture the winners crossing the finish line.
I didn't have long to wait before the race leaders were upon us, surging away from the pack in their dash for the line. Interestingly, it seemed that a form of sidestroke was the preferred method of propulsion as all competitors appeared to adopt what for ducks, might be seen as a rather unusual technique. It did however, make duck-identification through the lens of a camera somewhat easier for the spectators.
And so, in a matter of minutes, the lead ducks were upon us and a loud cheer went up as the leaders crossed the finish line. Officials were quickly on the scene and the winners were plucked from the water (no doubt to be taken off for some routine drug testing), before the adoptive owners were notified of the success of their charges.

﻿
As the excitement began to wain, the final ducks crossed the line and the milling crowd slowly began to disperse, all no doubt waiting for that text message which would inform them of their success.﻿﻿ Alas for me, the text never came, so it would seem that the lack of training or perhaps the mental pressure induced by my last minute decision to enter Duck 880 in the big race, took its toll. Duck 880 did not finish in the top ten, but I am sure, still put in a gutsy performance. No doubt a strict winter training regimen followed by some strong pre-season practise (perhaps the Shelford Duck Race may be an option?) will see a better result next year.
﻿ Finally, as the crowds began to drift off, the marshals set to work rounding up the competitors, all of whom they have indicated will be returning in 2016. Whilst a number of the ducks seemed keen to stretch their distance a little past the finish line, the officials were quick to put an end to their efforts - probably a wise idea given that next Saturday sees the opening of duck hunting season only a few kilometres further up the river.﻿﻿
﻿